Since I began collecting historic arms in the mid-1980s, I always wanted to have the correct bayonet to go with each gun. Without the bayonet they just didn’t seem complete. The good thing …

Since I began collecting historic arms in the mid-1980s, I always wanted to have the correct bayonet to go with each gun. Without the bayonet they just didn’t seem complete. The good thing about buying a bayonet is that they are fairly affordable. Now there are extremely rare bayonets that sometimes cost as much as the gun or more, but for the basic historic firearm they are within reach financially.

What sparked this blog? I recently picked up a large collection of historic arms and with it a few thousand bayonets. Yes, a few thousand. It’s only been the last few weeks that I have had the time to go through it all and try to organize it. There are bayonets from all over the world for a large variety of arms, but as I went through the collection, I realized I had every bayonet (and many multiples) for the standard U.S. military musket or rifle on my office shelves. Now there are weird variations and I have some of those also, but after swimming in bayonets for a few days, I decided to take a break, write this blog, and lay the basic examples out on a table.

It was kind of cool to pick each one off the shelves and place them in order. The evolution to today was kind of interesting to see. The socket bayonet became the standard in the early 18th century and continued till the 1870s. So even if we start in 1775 when the American Revolution broke out, the socket bayonet was still being used 100 years later. It seems it wasn’t till the late 19th century when trials were being done to see if the bayonet could be a little more utilitarian, like the Model 1869 and Model 1873 trowel bayonet (the Model 1873 is the funky looking one in the group photo). The trowel didn’t seem to work out too well and a collapsible rod bayonet was then used for a bit. By 1894, a new bayonet came onto the scene which looked closer to a Mauser-style blade form to fit the Model 1892 Krag-Jorgensen rifle. When the Model 1903 Springfield bolt-action rifle was introduced, it initially had a collapsible rod bayonet but that didn’t last for long. By 1905, the rod bayonet was gone, and the majority of the Model 1903 rifles had those ramrods and parts removed and a new bayonet came out. The Model 1905 bayonet was similar to the Krag bayonet but had a 16” long blade instead of the 11 5/8” blade on the Krag. This style of bayonet carried through both World War I and II with some modifications and shortened for the M1 Garand rifle in 1942. The next series of bayonets all look fairly similar, the M4 for the M1 carbine, M5 for the Garand in 1952, the M6 for the M-14 rifle, The M7 for the M-16 rifle during the Vietnam War, and finally the M9 which was adopted in 1986.

Hard to discuss all of this in a short blog, but there are some great bayonet reference books out there. One I use a lot is Bayonets of the World The Complete Edition by Paul Kiesling. 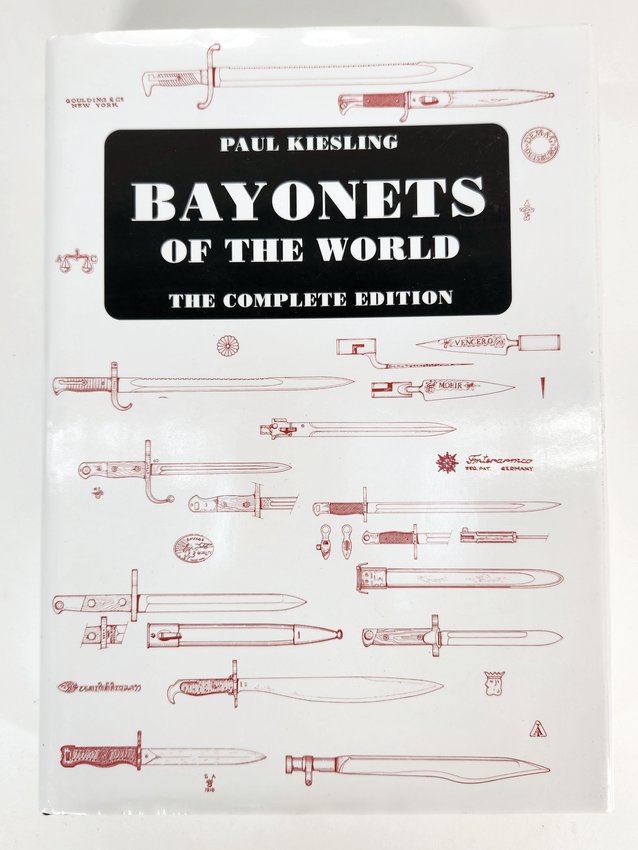 A Bit About Guy C. Wiggins