Speaker challenged from right and left

Speaker challenged from right and left 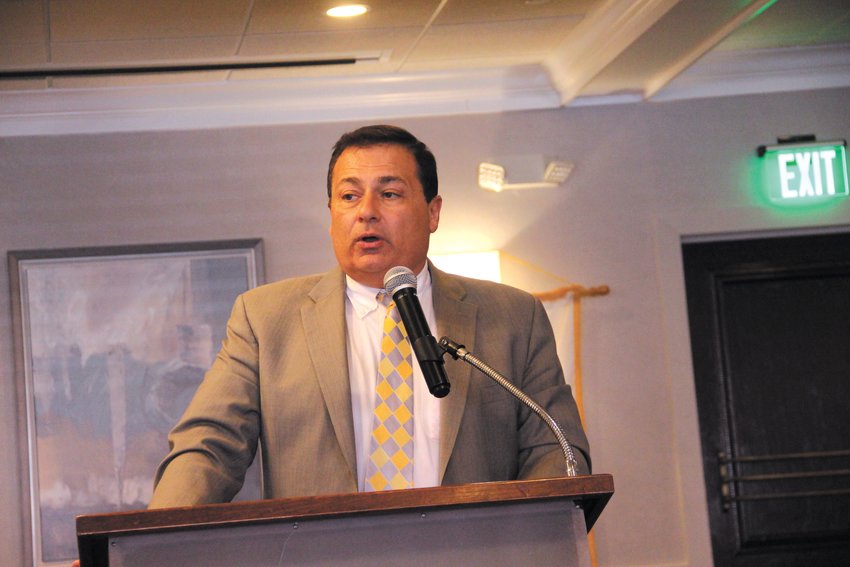 That was the last year Shekarchi faced an opponent.

Shekarchi said the recent Supreme Court decision to overturn Roe V Wade has sparked more awareness by people. That combined with his high profile role as Speaker is why Shekarchi thinks he has an opponent this year.

“When you’re Speaker you always get the credit, the blame, however you want to put it, that's part of the process,” said Shekarchi.

But as Shekarchi put it, even without an opponent he runs every election cycle, by putting up signs, sending out mailers and running advertisements throughout the year. Shekarchi has also amassed a formidable campaign war chest of $1.6 million.

“I always run like I have an opponent whether I have one or not,” he said.

Asked about what he is proud of during his time as Speaker Shekarchi said “just the work we’ve done in general.”

“I’m just proud of my record and everything we’ve accomplished,” said Shekarchi.

Shekarchi said he plans on running on his record which includes passage of a number of bills during his tenure as Speaker including the Act on Climate, increasing affordable housing, and sponsoring legislation that requires health insurance to cover  mastectomies without copays or deductibles.

“I just feel confident that I’ve got a strong record and I will run on that record,” he said.

Shekarchi is also proud to be part of eliminating the car tax, which he said was first brought up by one of his constituents.

“That all started because of the neighborhood activist Rob Cote. He started that issue over 10 years ago,” said Shekarchi.

While he didn’t cite specific names Shekarchi said that he is proud of being able to get things done and not just talking about what he wants to accomplish.

“Some people like to talk about what they want to do,” he said. “I want to talk about and remind people of what I’ve done and what I’ve accomplished for them and the City of Warwick.” 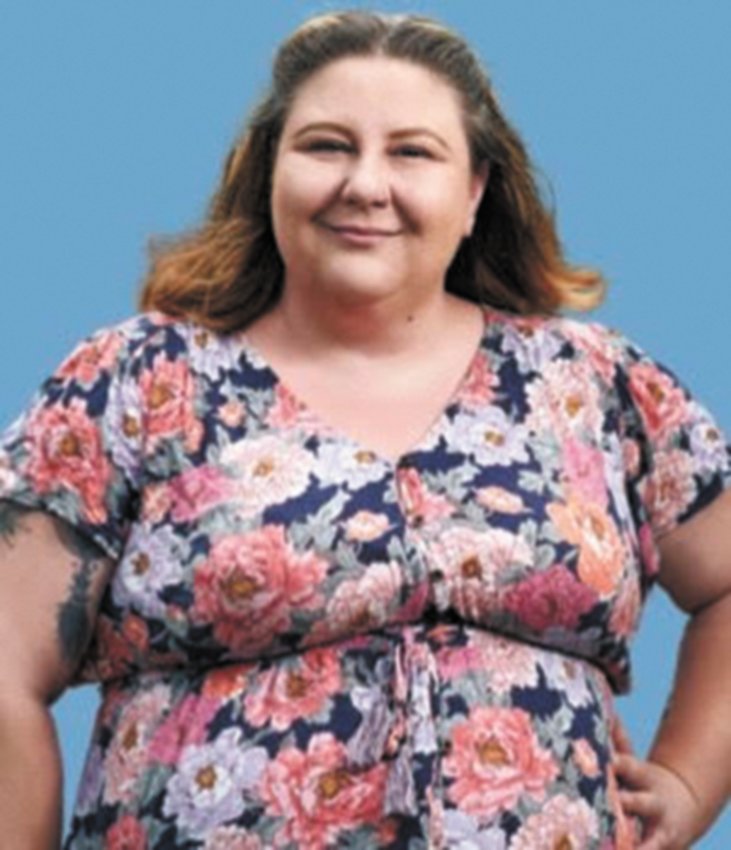 Jackie Anderson spoke on the steps at the State House on June 24 protesting the decision made by the Supreme Court which overturned Roe V Wade.

Now Anderson hopes to be speaking from the House floor inside the State House next January as she challenges Shekarchi in the Democratic Primary.

Following the rally, Anderson was approached by people from the political left about making a run for office.

“I was approached by the Rhode Island Political Cooperative and asked to run,” said Anderson.

Anderson said that she thought about it and decided to make a run because she wanted to make a change at the State House.

“I really felt like if I wanted to make a difference and enact real change I would take them up on that opportunity,” said Anderson. “That's not something that comes along everyday.”

Anderson, who grew up in Warwick and has lived in Warwick the vast majority of her life, said that when it came to buying a house she knew she wanted to live back in Warwick.

While she grew up in the Longmeadow area of Warwick she played softball at the former Apponaug Girls Softball fields. As a kid she told herself she wanted to live there one day. She is now raising her family in the area.

A registered nurse for a decade primarily as a labor and delivery nurse who also works per diem at Planned Parenthood, Anderson said that she has seen the importance of healthcare.

“Women issues and healthcare issues are pretty paramount to me and very close to my heart. I’ve seen how devastating the healthcare system can be to people who are underinsured or uninsured.”

Two of her top priorities are passage of the Equality in Abortion Coverage Act and Medicare for All. She said she also hopes to bring more small businesses to Warwick.

“I think that working at the state legislature level can enact more change for more people,” said Anderson.

Asked if she had any specific issues with Shekarchi, which led to her decision to run, Anderson said no.

“It certainly wasn’t a personal thing or even a professional thing. I just think that sometimes it's best to have a changing of the guard and get some new blood in there and kind’ve shake things up a little bit,” said Anderson. 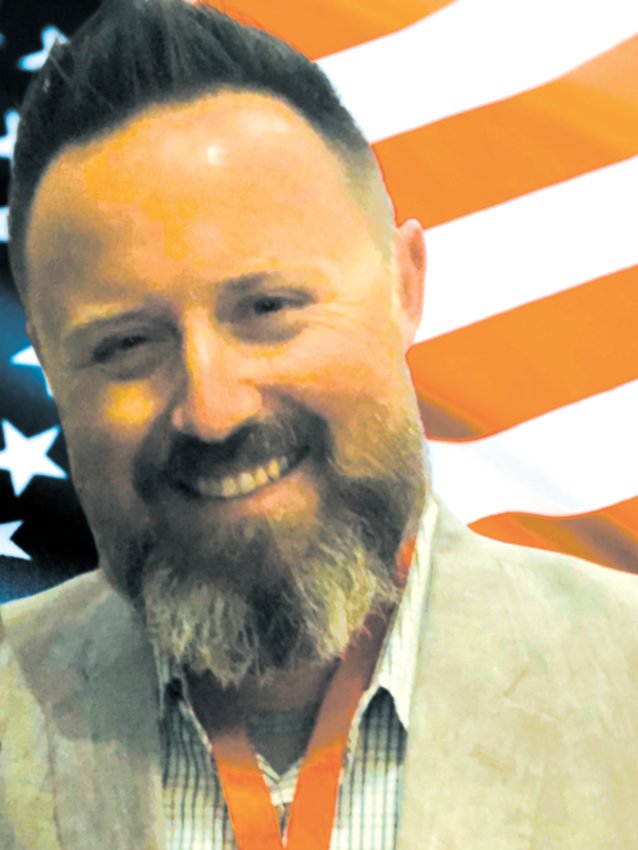 Running for office for the first time as a Republican is Warwick native Dana Traversie. “I've always followed local, state, national, and international events and politics; however, I've generally been the type of person to analyze and critique from the sidelines,” she said. “Over the past few years, things have reached a threshold that brought me off the bench and onto the playing field. I am one of many constituents who have been ignored by their "representatives" in this state and now it's time to be heard. I believe 80 years of single party rule is more than enough. I'm simply trying to be the change I want to see. My promise is to be a true representative of the people, a representative the people deserve.”

Traversie attended public schools in Warwick and went on to earn his bachelor degree in Computer Science from the University of Rhode Island. He has worked in the cyber security industry for almost two decades.

Asked about the top two or three issues he sees with the state, Traversie said that he is running on what he has named the "e4" platform, which includes the economy, education, environment and efficiency in state government.

“At a high-level, my primary focus will be on policies that help Rhode Islanders at the kitchen table. In the general assembly, I will develop and support rational economic policies that make our state more competitive and help reduce the overall cost of living in Rhode Island,” said Traversie. “A much loftier goal would be to pass a bipartisan bill instituting term limits within the general assembly.”

Asked why he thinks people should vote for him  Traversie said because “ I’m not a politician.”

“ I want to help build a better future for my family and all Rhode Islanders. I'm offering the people in house district 23 a chance to start fresh. A chance to help end politics as usual in this state. A chance to upgrade and reboot.”

Principal Danny Smith says many Warwick residents he meets are iffy on the location of Harold F. Scott Elementary School – until he happens to mention the sign. "Sometimes I just have to say …

Warwick firefighters may not have been highest paid in 2021